Amazon.com is the largest internet company by revenue, even the company’s founder Jeff Bezos is the richest internet billionaire in the world. The company or brand who has the greatest market capitalization will be considered as the most valuable in the world.

The company who does most of its business on the Internet is known as an Internet company. More than 3.5 billion people in the world are using the Internet, and the largest Internet companies like Google, Amazon and Facebook generate billions of dollars through online.

Apple is still the most valuable company in the world, but the company did not do most its business on the internet, and i’m not going to put Apple in this list.

Headings below are written as [Company name] (Market cap in billions).

Alphabet (NASDAQ:GOOGL) is a parent company of Google and all the Google products/subsidiaries. The company was created in October 2, 2015 by Larry Page and Sergey Brin, the two founders of Google. Larry served as CEO and Sergey as President. The new company is the parent of several companies in several industries, Google is one of them which makes Alphabet the most valuable internet company.

Facebook (NASDAQ:FB) is the world’s largest social networking platform with over 2 billion monthly users. The company owns several internet-based companies (as a subsidiary) such as Instagram and WhatsApp, and these make Facebook one of the biggest player in the internet market.

Alibaba Group Holding Ltd (NYSE:BABA) is a e-commerce company specialized in providing C2C, B2C and B2B retail services. The website Alibaba.com was started by Jack Ma in 1999 in order to connect Chinese manufacturers with international buyers via the internet portal.

Tencent Holdings Ltd (HKG:0700) one of the largest internet companies in the world. The company provide internet-related services and products. Few categories of their products are, such as social network, electronic payment system, media entertainment, etc.

Priceline Group Inc (NASDAQ:PCLN) is one of the largest online travel agencies in the world, operates in over 200 countries. The company provides travel booking services through under their online brands, such as Booking.com, Priceline.com, Agoda.com and more.

We all know about Uber, a cab booking service allows people to book a taxi cab through the Internet using the Uber app on their smartphone. The service operates worldwide in over 80 countries and 670 cities.

Netflix, Inc. (NASDAQ:NFLX) is one of the largest internet companies in the world that provide on-demand media (e.g., Movies, Videos, TV Shows, etc.) streaming services. Although the company’s business model includes DVD-by-mail, in which customers rent DVDs online and get delivered by mail.

Baidu Inc (NASDAQ:BIDU) is an another Chinese company in this list, which provide internet-related services and products, such as Baidu.com (China’s most popular search engine) and more. Baidu is one of the largest internet companies in the world.

How To Make an Impressive Photo Grid On Your Instagram Timeline 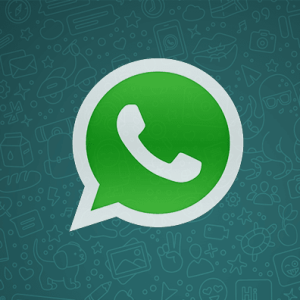 A Trick To Hack Someones WhatsApp Account Via Android or iOS