Internet service providers across the world do their best to provide maximum internet speed possible, but the problem is each country has different high and low level network infrastructure, and some countries can only provide internet speed up to 10 Mbps. Providers like Google fiber, Comcast, and AT&T are very popular name when it comes to choosing a Gigabit internet service, but may be they are not available in your location or country. Gigabyte internet plans is not easy to afford even it will cost you five-times more than a regular internet plan.

Across the world, there are more than 3.5 billion people who are using internet and according to the last year state of the internet report, the average internet speed of the entire world is about 5.6 MB/s.

MyRepublic Limited is a Singapore based internet service provider and their service is serving up to 1 Gbps internet connection at the price $49.95 per month. It’s really cheap, and even a common man can afford the plan when it comes to enjoying gigabit internet speed.

With MyRepublic, You can enjoy the download speed of up to 1000 Mbps and upload speed up to 500 Mbps if you’re living in Singapore, New Zealand and Indonesia.

Suddenlink corporation is a US based cable broadband service provider and their Gigabit plan is providing up to 1 GB/sec internet speed, which is 333 x faster than a regular DSL internet. Gigabit plan download speed will jump up to 1000 Mbps and upload speed up to 50 Mbps. It means you can download a full HD movie in less than 25 seconds and full album songs in less than a second.

Suddenlink’s Gigabit plan will cost you around $100 per month and it is available in a few cities and states of the US, including Texas, Louisiana, Oklahoma, Arizona,  Mississippi, North Carolina, Arkansas, Ohio, California, Missouri, and more.

Bell Canada is a Canadian telecommunication company providing fiber optic internet connectivity with up to 1 Gbps download speed at $150 per month. Their Gigabit Fibe plan serves you up to 940 Mbps download speed and 100 Mbps upload speed including unlimited monthly usage. Bell’s gigabit service is available across Canada and their gigbit fibe customers can download an HD movie (3 GB) in less than 30 seconds and half gigabyte file in less than 5 seconds.

Sonic.net is a California based internet service provider and they provide crazy fastest internet service in few cities of California. Their Gigabit Fiber plan will cost you around $40 – $58 per month and customers can enjoy the download speed up to 1000 Mbps and upload speed up to 100 Mbps, which is 100 times faster than today’s average internet speeds. Sonic gigabit fiber can download an HD movie in less than 25 seconds and a 100 MB file in milliseconds.

CenturyLink is a communication company in the united states. It provides Fiber-optic broadband and fixed-line internet services for residential and business. Their 1-Gig fiber optic service offering download and upload speed up to 1 GB/s, and it can download a 700 MB file in less than 6 seconds. CenturyLink’s 1-gig plan will cost you around  $80 per month and it is available in a few US cities, including Columbia/Jefferson City, Denver, La Crosse, Las Vegas, Minneapolis/St. Paul, Omaha, Seattle, Salt Lake City, and Portland.

Cox Communication is one the most popular telecommunication company in the united states and it was the 4th largest internet service provider in the US. Cox’s Gigablast service offering 1Gbit/s internet speed that 100X faster than average DSL connection. You can enjoy Cox’s Gig plan if you’re living in Phoenix, Las Vegas and Omaha and it will cost you around $80 per month. Gigablast connection is amazingly fast and it can download 10 HD movies in less than 10 minutes.

AT&T, a most popular American telecommunication company offering internet up to 1 GB/s on a fiber-optic network for homes, apartments and small businesses. Their Gigapower high-speed internet service can download an HD movie in 35 seconds, TV shows in 5 seconds and a complete music album in less than a second. GigaPower℠ is available in more than 1.6 million locations across 26 major metro areas in the US and it will cost you $80 – $100 per month.

Google’s fiber internet service is more trusted than your ISP and speed up to 1,000 megabits per second will give you super fast downloads. Google fiber is slowly expanding in a number of locations and you can expect Google internet service in your location in next few years.

Let’s go beyond 1 Gigabit/s. If you’re living in the US, you definitely hear the name of Comcast, a multinational telecommunication company provides broadband internet service under the Xfinity brand. Multi-Gig speed from XFINITY change the level of speed and gives you 2 Gbps internet speed at $300 per month.

Let’s calculate how fast is Xfinity Gigabit pro: one HD movie (3 GB) in 12 seconds, Video Game (15 GB) in 1 minute, and a 150 MB file in less than a second. Gigabit pro is available in a few states and countries, including Florida, Georgia, Illinois, Indiana, Michigan, Tennessee, California and more.

It’s time to hear something craziness. Really, 10 Gig per second? I mean what the hell!. A fiber internet service provider name Fibrant offering 10 gigabit per second or 10 billion bits per second internet to residents and business in Salisbury, North Carolina. Salisbury is the first America’s city who got access ultra-high speed internet up to 10 GB/s. Fibrant partner with Calix Inc. to make Salisbury, America’s First 10 Gigabit City. The service was first offered to a private academic institution in Salisbury and for residents, it will cost around $400 per month.

Let’s calculate how fast if 10 Gig per second: 3GB file in less than 2 seconds, 1 GB file in mini seconds and 500 MB file instantly. 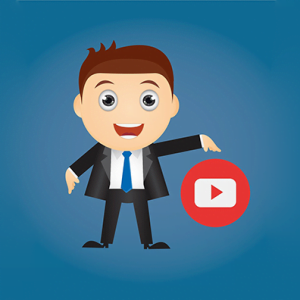 How To Create a YouTube Channel and Publish a First Video 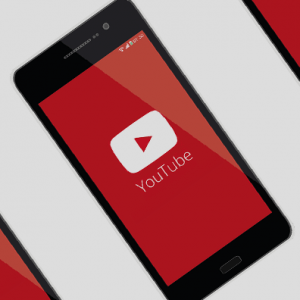 How To Keep Playing YouTube Videos in the Background (Android)