There is no built-in option to hide the app from the app drawer in Android and iPhone / iOS, but many Android phone makers offer app lock options in the main settings. Do not worry at all, I’ll tell you how to hide system / downloaded apps on your Android and iPhone devices without the need of root or jailbreak. System applications are pre-installed with a smartphone, while downloaded Apps are installed by the user.

The built-in security features and tools in the operating system are more secure and private than third-party applications. For example, AppLock, the most popular app locker for Android, can easily be ignored if someone just uninstalls the app.

Hide Apps in Android (Without root)

The best and safest way to hide apps on your Android is by using a launcher that comes with a app hide feature. Your Android may be able to hide the app in the manufacturer settings, find it in the phone settings first.

To hide the app using the APUS launcher, follow the steps below:

For more security, toggle the Enable Password option to prevent anybody accessing the Hide Apps settings. Also make sure that your main Android settings should not be accessible to anyone otherwise anyone can uninstall or replace the APUS Launcher on your Android.

Hide Apps in iPhone/iPad/iOS (Without Jailbreak)

In iPhones, iPad, and iPod touch, you can use the Restrictions feature to hide the system (stock) and downloaded apps.

To hide specific system / stock applications: Go to iOS settings and tap on General. Tap on Enable Restrictions and set a passcode. Turn off the app’s toggle button to hide.

To hide all download apps: Scroll to the Restrictions screen and select Apps in the Allowed Content section. Check the Don’t Allow Apps option. 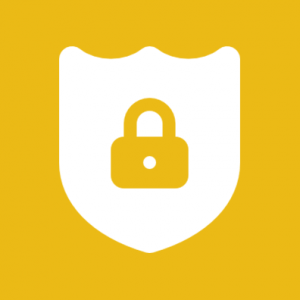 The Safe Way To Lock Apps on Android, and Best App Locks