Coding is very common in the technology industry and almost every position in high-tech companies required programming skill. If you really want to build up your career in the high technology sector, you should start learning programming languages right now.

If you search through a job site by filtering programming skills, you’ll find hundreds of thousands of jobs in every location. Programmers are required everywhere, not just in tech and IT companies even industries like banking, entertainment, medical, education and automobile run their business with the help of technology and software.

In the generation of the internet, you can easily find many ways to learn programming, but when it comes to learn coding, everything looks very hard. Coding is not easy for everyone, people waste so much time in learning coding.

According to the TIOBE Index,

According to NetMarketShare, Android and iOS have a combined share of 95% in the mobile OS market.

Java is the most popular programming language in the world with over 10 million developers and 13 billion Java-enabled devices. It was developed by sun microsystems and owned by Oracle corporation. Because Java can be used in cross-platform development, anyone can build applications for computer, mobile and web. Java is used in developing applications for Android, the most popular mobile operating system today.

Read more about Java at https://go.java/index.html.

SQL is the standard language for relational database management systems (RDBMS) and it is widely used in every sector, such as businesses, hospital, institution and government. With SQL you can perform many actions in a database system like to execute commands, retrieve data, insert data, update data, delete data, create new table and set permission.

Read more about SQL at https://en.wikipedia.org/wiki/SQL.

C# is a general purpose programming language used in combination with the .NET framework. It was developed by Anders Hejlsberg and first released in 2000. C# is object-oriented, component oriented, structured, simple, strong and enables to develop a variety of secure applications for enterprise, mobile and web.

Read more about C# at https://msdn.microsoft.com/en-us/library/z1zx9t92.aspx.

C++ is not easy to learn because it is a complicated programming language.

C++ is a widely used, object-oriented programming language commonly used for system programming for high performance projects. It was designed by Bjarne Stroustrup in the 80s at AT&T Bell Labs. C++ is an enhancement of C, based on C, but it is stronger than C. C++ can execute most of C code while C can’t execute C++ code.

Read more about C++ at https://isocpp.org.

C is an earlier programming language most widely used in computer programming. It was designed and developed by Dennis Ritchie in 1972 at AT&T Bell Labs. According to the IEEE spectrum ranking 2016, C is no.1.

Comparing to C++, C is not object-oriented (it is structurally oriented), weak typing discipline, and doesn’t have classes, but it is a cross platform language and can be run on any platform such as Windows, macOS and Linux. Many institution thinks that  C is a good language with which anyone can start learning programming.

Read more about C at https://en.wikipedia.org/wiki/C_(programming_language).

JavaScript (JS) is a scripting language almost every web browser software support it without requiring any additional plugin. JavaScript is used for client-side scripting of websites but with HTML5, it can be used for mobile app development. It was created in 1995 by Brendan Eich, the co-founder of Mozilla Corporation.

Read more about JavaScript at https://developer.mozilla.org/en-US/docs/Learn/Getting_started_with_the_web/JavaScript_basics.

Python is a high-level programming language widely used for computer and web development. It was designed and developed by Guido van Rossum in the 80s. Python is easy to read, learn and anyone can start their programming journey with Python. It is a multi-paradigm language and supports object-oriented, functional and other paradigms.

Read more about Python at https://www.python.org.

According to W3Techs, PHP is the most popular language for server-side programming even companies like Facebook, Yahoo, Wikipedia and WordPress use PHP for server-side scripting. More than 26% websites on the entire web are using WordPress, a CMS whose core files are written in PHP and all those WordPress-powered sites are run using PHP.

PHP was developed by Rasmus Lerdorf in 1994. Earlier it was standing for ‘Personal Home Page’, but now it stands for ‘Hypertext Preprocessor’. PHP codes can be easily mixed with HTML and PHP will only executed on the server-side.

Read more about PHP at //php.net.

Ruby is a scripting language designed and developed by a Japanese computer scientist ‘Yukihiro Matsumoto’ in the 90s. Ruby is a beautiful, artful, object-oriented, functional, dynamic and a reflective programming language. The creator created Ruby by combining parts of multiple languages such as Perl, Eiffel, Smalltalk, Lisp and Ada.

As a scripting language, it was more powerful than Perl and more object oriented than Python. For web development, there is a popular framework called Ruby on Rails (based on Ruby) that make it easy to develop websites and web applications with Ruby.

Read more about Ruby at https://www.ruby-lang.org.

HTML5 is a markup language like HTML, but it is much more powerful than HTML 4.01 or earlier versions. It includes new semantic/structural elements for making better documents and applications for the web. HTML5 was already adopted by all major web browsers, including Chrome, Firefox, Opera, Safari, Edge and mobile browsers.

HTML5 is widely used for web development, but it can be used for mobile app development. Since Adobe Flash is dead due to security vulnerabilities, most of the web applications are now moving to HTML5, even YouTube web player has been moved to HTML5.

Swift is a new programming language designed and developed by Apple Inc. for making apps for Apple platforms such as macOS, iOS, watchOS, and tvOS. It was publicly available in 2014 by replacing Objective-C as a standard language for app development. Swift works similar to Objective-C but it is safer, faster and easier than Objective-C.

Read more about Swift at https://developer.apple.com/swift/.

How Do I Use Group Video Chat/Calling in Facebook Messenger 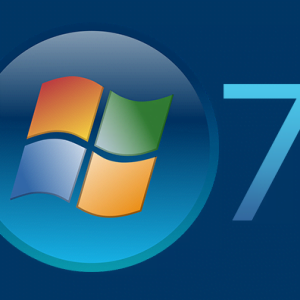 How to design a logo efficiently