You can’t really solve a brain game or a mind game until your brain goes accelerated and sharpen. Because technology, internet and smartphone are changing our life, why they can’t intense our mind. If you’re a kid, then brain games are very useful to train your mind along with your enjoyment. Adults can also make use of the Brain and tricky games in their Android phone in order to excercise our mind.

Puzzle games are also considered as Brain games, and I have some best, hand-picked brain games for Android.

When it comes to learn something from a thing that actually entertain you, this makes learning faster.

Brain wars is a competitive-based game for Android, where two team battles, in which one is you and the second is a computer or a real player. There are over 10 different types of challenges exist, and on every round, a different challenge appears on your screen. When it starts, you only have to choose a challenge and lets Brain wars automatically start a real-time competition between two players. Even you’re a Adult or Kid, anyone can play this game and train our mind.

You can also play Brain wars with your friends and challenge him/her in real-time.

Infinity loop is a simple brain game where you have to connect broken lines and corners or broken infinity signs with each other. Just like a puzzle game, it has puzzles of different shapes which are actually infinity shapes.

The game has no challenges, it is only for cleaning stress and intense your mind. Because the game has infinite levels, its name was Infinity Loop. While playing the infinity loop, swipe above and hit on the bottom dark game to play a Tetris-like game. In the dark mode, you have to disconnect the pieces from each other, and move forward to the next level. It is a reverse challenge than light mode connecting challenge.

Roll the Ball™ – slide puzzle is a block sliding game that’ll exercise your mind and make you stuck at the game. In a picture puzzle game, you have to join the puzzles by moving the blocks and make the actual picture. As it is, in this mobile game, you have to create a path in order to take the ball to the goal block. The game’s challenge is to create the path in less moves and create a best record. If you’re stuck on a level, you can also use the hint button showing at the bottom of the game.

Anyone can play the slide puzzle game, from kids to adults, and make our brain intense.

Tricky Test 2 is tricky mind game that asks you questions, test your IQ, and give points on every level. For example, it shows you an ‘underwear’ and ask you how many holes are in underwear. Because you think the underwear has not any torn holes, you may choose zero. But the right answer is three, because it already had three holes by default (as you can see on the below picture). This game has to trick you and you should avoid from getting tricked. On every level, a new tricky question appears on your screen with answer choices. Every time you are being tricked, you’ll lose 1 IQ point.

According to the game, If you solved all tricky game levels and earn 140 IQ points, you will be called a genius.

Brain It On! – Physics Puzzles is a tough, challenging puzzle game where you have to create custom shapes with the touch and complete the given challenge. Every challenge looks easy, but actually it is so hard. When you move to further levels, it’s become harder and confusing. If you stuck at a level, use the hint button from the top-right corner of the screen. A timer is running to the left -top of the screen, try to achieve the goal within the timer.

Unblock me is an editor’s choice puzzle game in the Google play that train your brain and make you mentally active. In the game, you can see wooden blocks that can only move front and back. There is a red puzzle block and a hole (which is your goal). You have to reach that red block in the hole in less moves. You can also jump to further levels using the above next and before options. The game levels are not easy as you think, but still you can use the hint feature from the bottom of the game.

When you start the game, there are few modes appears on your screen. ‘Relax mode’ is best for beginners.

If you played ‘Physics Puzzles’, you may also like Brain dots, because both games consist same solving method. In Brain Dots, you have to draw lines and bumb two balls showing on your screen. You can easily solve beginning levels, but more further levels goes more harder. On the main menu, there is an option to change the pen and use a different writing option for drawing. Collect more coins and unlock more different pens.

Hints are available in Brain dots. 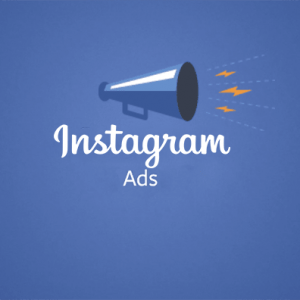 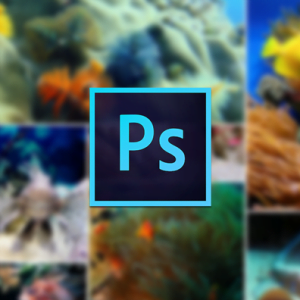 How To Create a Custom Photo Collage in Photoshop CC